Cashew is the most favorite nut of the people resulting in constantly increasing demand in the global market. International trade of the best quality cashew nuts is blooming with numerous exporters all around globe.

Cashew nut grows in a tree native to Brazil that came into existence commercially in the 15th century as first recognized by the Portuguese. Earlier, the cashew tree was grown to prevent soil erosion but, afterward, the seed found in the Cashew tree apple was recognized quite valuable for economies. The commercial cultivation of Cashew nut began in the 1960s, and later it became the top export oriented valuable commodity. Many Cashew nut exporters are available in the international market due to the growing demand worldwide. More relevant details about the topmost cashew nut suppliers present in the international trade and biggest producing countries are below.

Which countries are the top producers of Cashew nuts? 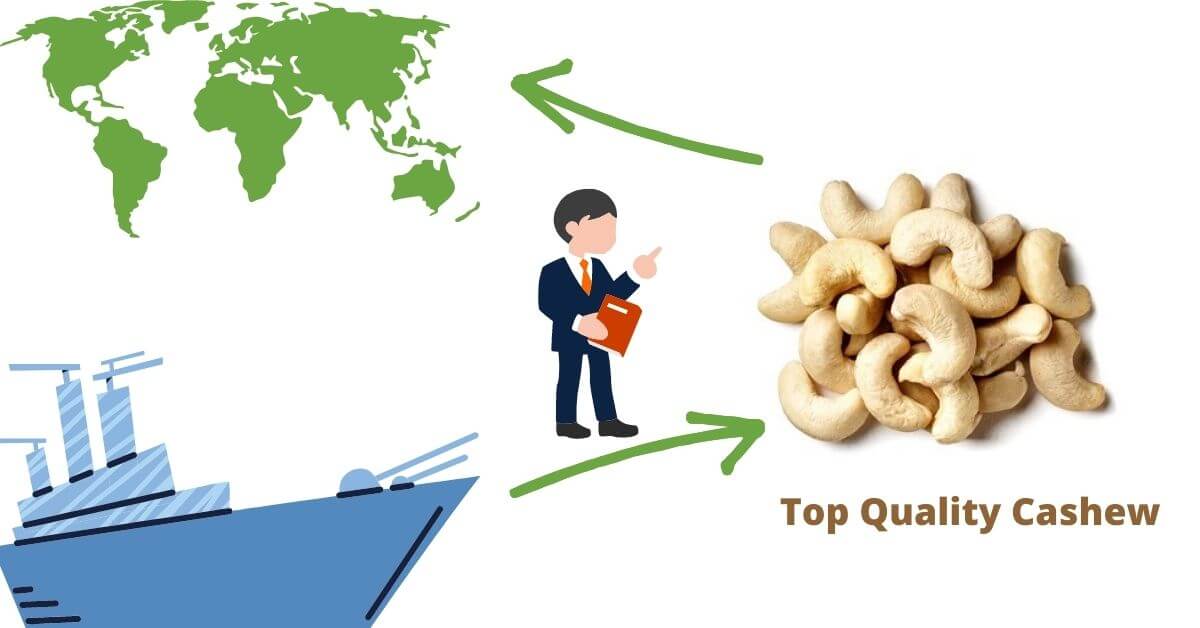 Originally, Cashew tree is native to Brazil, but sooner, production spread all over the territory once the economic value is recognized.The cashew tree requires a dry tropical atmosphere above 50 degrees Fahrenheit with a planting distance between 2.7 to 3.4 square miles and quickly inhabited on its own. The harvesting season for cashew nut is usually similar depending on the equatorial location of the producing country. The top cashew nut producing countries with figures in metric tons according to 2010 data are enlisted below.

Who are the leading cashew nut exporters worldwide?

Numerous cashew nut exporters are there, among which Vietnam and India are the key holders sharing almost 90% share in the European market. Brazil has a 3% market share as the cashew nut exporter. No other cashew nut exporters, except for these shares above the 1% market globally. More precise details about the country leading as top quality kernels and raw cashew nut suppliers in the global market are available below.